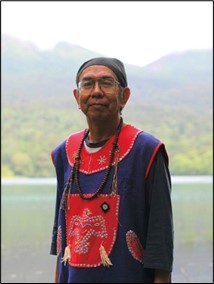 Robert (Bob) Sam is a member of the Sitka Tribe of Alaska and a current member of the Sitka Tribal Council. He is a nationally and internationally known Tlingit storyteller. He is considered an expert at reinterment and repatriation of human remains and has spent decades restoring forgotten, neglected, destroyed, and vandalized Alaska Native and Russian Orthodox cemeteries in Sitka, Juneau and beyond. His repatriation efforts have included work in Japan to assist the Ainu. He has traveled around the world sharing storytelling with people from all walks of life and is an integral part of Alaska Native relations training for federal and state employees.

Title of his keynote address: Forthcoming 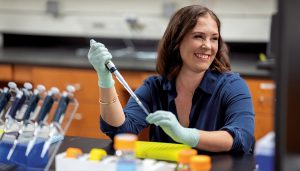 Jennifer Raff is an associate professor of anthropology at the University of Kansas. She has a dual PhD in anthropology and genetics, and her research focuses on the study of ancient and contemporary genomes from the Arctic and Plains in order to test hypotheses about the initial peopling of the Americas and subsequent population histories. She is a former president of the American Association of Anthropological Genetics, the author of numerous scientific papers, and a science communicator with articles in publications including The New York Times, Scientific American, and Forbes as well as her recent New York Times bestselling book, Origin: A Genetic History of the Americas.

Title of her luncheon address: Forthcoming